On the 500th year of Christianity Celebration CCLEX’s 8 Iconic Crosses Blessed and Lighted: A Symbol of Hope, Progress, and Achievement 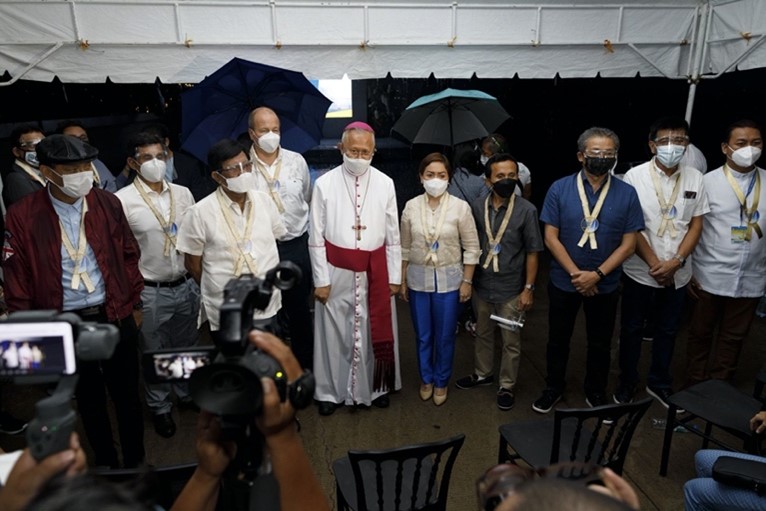 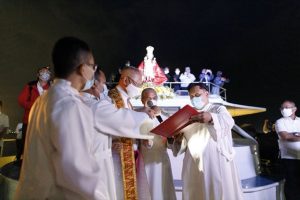 Giving the public a glimpse of it for the first time, the huge eight crosses that adorn the Cebu-Cordova Link Expressway (CCLEX) were illuminated on the evening of April 15, Thursday, casting lights upon the celebration of the 500th anniversary of Christianity in the country.

Metro Pacific Tollways Corporation (MPTC) Chairman Manuel “Manny” V. Pangilinan, in video message, said the blessing and lighting of these 40-meter-high crosses is an achievement and a source of pride.

“We add a deeper and loftier meaning to CCLEX by adding eight 40-meter crosses that celebrate the coming of Christ 500 years ago. These crosses will illuminate the skyline of Metro Cebu—beacons of hope and progress, symbols of achievement, and everything Cebuanos are proud of,” he said. 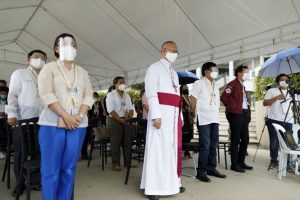 Pangilinan thanked MPTC’s partners—the local government units of Cebu City and Cordova, contractors and sub-contractors, and the workers—for working on the CCLEX, a project he described as a modern engineering marvel.

“In many ways, we at Metro Pacific Tollways are the Magellan’s of today—building ways for people to make discoveries, to travel, and to bring gifts of life and faith, anywhere in this country and even beyond our shores,” he said.

The crosses attached on top of the CCLEX’s main bridge pylons are inspired by the cross planted by Portuguese explorer Ferdinand Magellan 500 years ago in Cebu and a tribute to Cebu being a cradle of Christianity in the region. 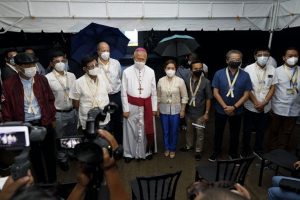 Despite the heavy downpour, Cebu Archbishop Jose Palma led the blessing of the CCLEX crosses on board a yacht in the middle of the Mactan Channel.

Palma, in his message, said the bridge linking Cebu City to the Municipality of Cordova is a dream of the community that is now becoming a reality.

“The bridge is not just a bridge. The bridge connects and makes people closer together. A beautiful expression of what life should be,” he said.

Cebu City Mayor Edgardo Labella, for his part, said the Cebuanos are excited to see the CCLEX completed soon.

As of March 2021, the overall Engineering, Procurement and Construction (EPC) contract of the 8.5-kilometer toll expressway is at 72.73 percent while construction progress is at 66.89 percent. 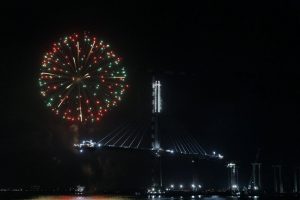 “With each passing day, we see this landmark project slowly taking shape. I look forward to the day when people from Cebu City and the south can easily go to Mactan Island through CCLEX,” the mayor said.

Cordova Mayor Mary Therese Sitoy-Cho, on the other hand, said the blessing and the lighting of the crosses signals the start of the completion of the CCLEX.

“The lighting of the crosses are symbols of our hope and faith in His divine providence,” she added.

The CCLEX is targeted to be substantially completed by the end of the year.

CCLEX is a P30-billion, 8.5-kilometer toll bridge that will link Cebu City through the South Road Properties to the Municipality of Cordova in Mactan Island.

The Cebu Cordova Link Expressway Corporation (CCLEC) will maintain and operate the facility under a joint venture agreement with the LGUs of Cebu City and Cordova. 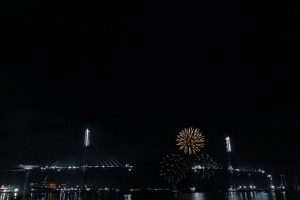 Set to be a new landmark in the country, CCLEX will have two lanes in each direction that will provide a safe, quick and scenic passage to an estimated 50,000 vehicles daily, easing the traffic in the existing Marcelo Fernan Bridge and the Mandaue-Mactan Bridge.

CCLEX has a design speed of 80 kilometers per hour (kph) and a navigational clearance or height of 51 meters so as to allow large vessels to pass underneath the bridge.

Not only is CCLEX seen to reduce traffic and make traveling more convenient but also spur trade activities and open greater economic opportunities for Cebu and the rest of the Visayas region. 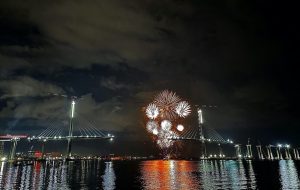 CCLEC is a subsidiary company of MPTC, the toll road arm of Metro Pacific Investments Corporation (MPIC), a publicly listed infrastructure holding company and a member of the MVP Group of Companies.

MPTC is the largest toll road concessionaire and operator in the Philippines, which expansion goals include establishing toll operations in the Visayas, other parts of the Philippines, and in neighboring countries notably Vietnam, and Indonesia. (By Princess Dawn Felicitas)