The cross is the most prominent image that declares the sublime truth of the Christian faith. It is carried in almost all of the aspect of the Faith from the ritual actions to the forms and styles depicted in sacred arts and sacred architecture with its building metaphors. It becomes the all-inspiring element that dictates the iconographic programs of both the tangible (the built structures and artifacts) and the intangible heritage (the liturgical and sacramental actions) of the church based on the very instrument of Jesu’s death in Calvary – the holy cross.

However, history tells us that the cross does not only carry a symbolic meaning for Christianity but as well as for the Romans. As for the many other traditional societies, the Romans considered the cross as the prominent symbol for the cosmos. It represents the juncture of the north-to-south axis of the earth and the east-to-west path of the sun. Hence, this cosmological order was believed by the Romans the way in which their gods put order in the visible world. An thus used by the Romans as the very basis for the way they ordered their domain. Consequently, wherever the Romans occupied a place, town planning was typically square or rectangular and subdivided into four quadrants by two roads running at right angles. This becomes the expression of the pax Romana which brought order throughout the world.

However, it was in this same cross the the Romans used to execute those who usurp the Roman order, those criminals who disobeyed the laws of that order. Thus, the cross which was the symbol of that order became their instrument of execution.

In the early Christianity, this must be viewed as a gross irony in which the One through whom the universe’s order was created was the very One who was put to death on a cross – Jesus Christ. Thus, the Holy Cross brought about the true redemption of that order.

The use of the cross symbolizes Jesus’ victory over the pagan Roman order and the establishment of the true universal order of all things united under the Lord’s reign (ref. Phil 2:9-11).

As the advent of the quincentenary of the Year of Christianity the whole Philippine nation will celebrate, we recall the cross planted on our shores by the Spaniards. It was not just a mere wood of whatsoever but an efficacious sign of the redemption wrought about by the Saviour. It means not just the receiving of the spiritual life but it is the identity of the nation, its pride, its heirloom, its way of life.

The Jubilee Cross is inspired by two prominent elements. First, the cross is adorned with baroque trimmings depicted by the wrought iron foliage. When the Spaniards came they brought about baroque influences in our humanities expressed mainly in visual arts and architectural genres. Second, the contemporary style of the cross marks the ever present influence and relevance of Christianity on the way of life of the Filipinos.

The Jubilee Cross calls to mind the various facets of the Lord’s act of sacrifice – becoming man and taking the form of a slave (cf. Phil 2:7), taking away the sins of the world (cf. Jn 1:29). It is in this cross that we are called to celebrate! 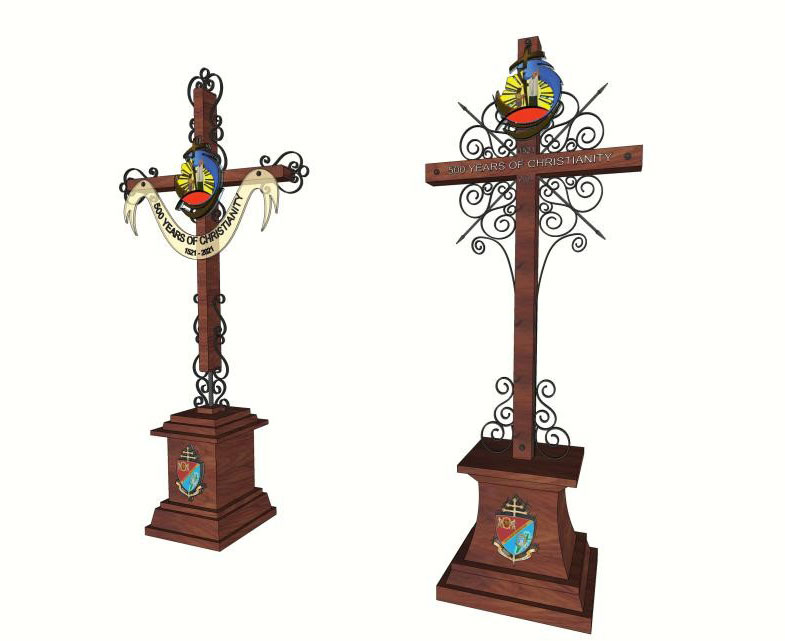 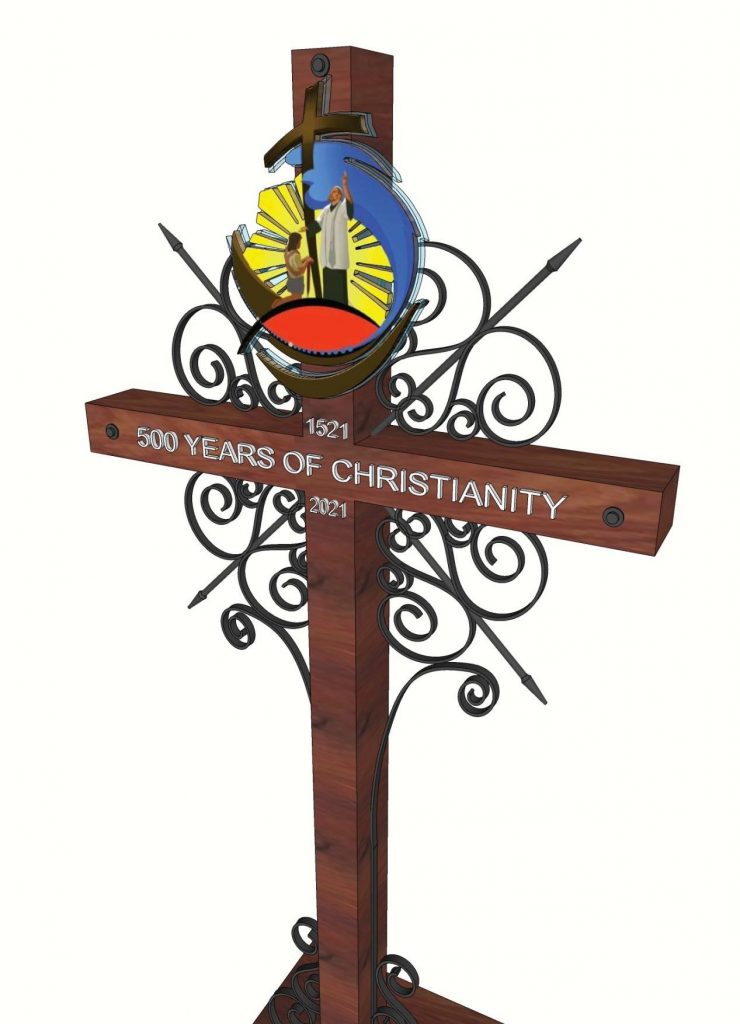 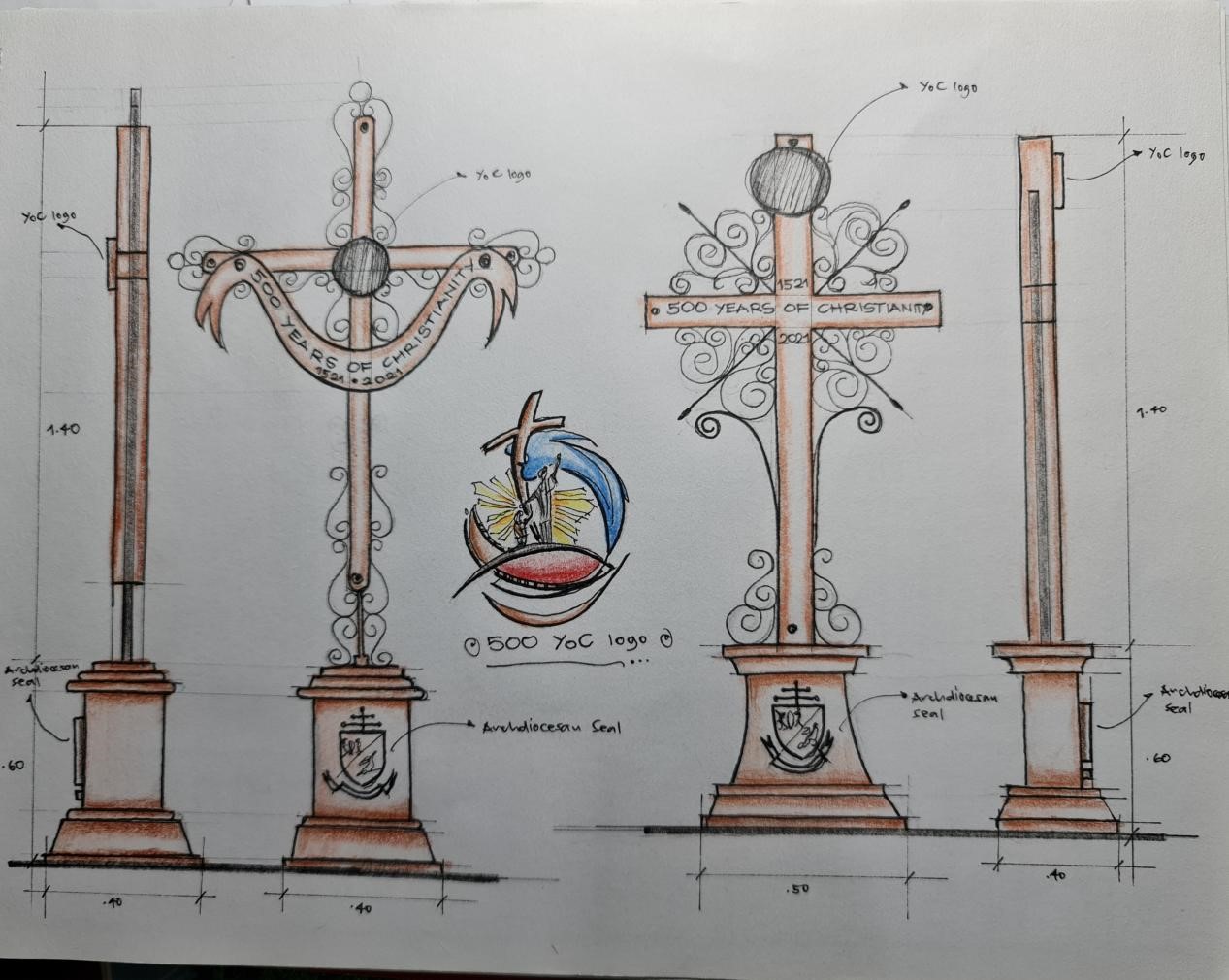